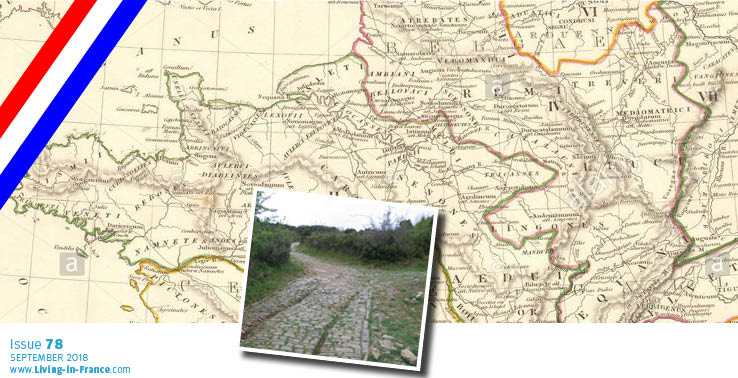 Trucks and tractors  A report by Sky News this week reveals how local authorities across the UK are preparing for our exit from the European Union, each putting a nuanced view of how Brexit will manifest itself in their region. The report reveals that both Dover and Kent councils have made plans for a 13-mile lorry park just off the M20, which could be in place for years to come, (a significant opportunity for greasy spoon pop-up operators?).

Meanwhile, the Shetland Islands have expressed concerns about falling agricultural land prices, estimating that 86% of sheep farms in their region will become loss making after Brexit. The ante has upped in recent weeks, as the previously-unlikely prospect of a no deal exit is, to use Jeremy Hunt’s words, ‘increasing by the day’.

It is the shifting sands and uncertainty, rather than a specific outcome of the Brexit negotiations that is causing the most difficulty for local authorities. With delivery of some public services needing to be planned well in advance, and with seven months to go until a potential no deal exit, this is looking to be an increasingly challenging task.

Reading the market  The proportion of online sales to total sales in the UK is currently around 18%. However, this average figure disguises significant variations within the various product categories. Online grocery sales remain stubbornly low at 6%, whereas the majority of music sales are now online. Why is this? For information goods (music, video, e-books etc) the product can be trialled instantly from the comfort of your living room, can be easily found and reviewed at one of the mega-marketplaces (App store, Amazon) and is delivered in seconds. Hence, for these products online purchases are quicker, easier and cheaper than in store, and therefore more compelling.

Why then is the city of Beijing proposing to spend $15m on subsidising rent for bookstores? It has a vision for 200 24-hour bookstores in the city located in ‘densely populated residential areas and near scenic sites’. The stated reason is to support public reading and to play the role of public libraries. The stores also typically incorporate coffee shops, host lectures and run classes.

Would the UK also see this as a key part of urban infrastructure that should not be allowed to fail? As both libraries and bookstores continue to close, the combination of the two, coupled with a service offering seems logical, and one which might sustain each of them longer than their current trajectories.

Day and night  Have you ever wondered why most high street shops are open in the daytime (when most of us are at work) and closed in the evening (when surely more of us have free time)? It has always struck me as odd. Availability and cost of labour presumably play a part, as does convention. If so, as automation takes hold, could we see this change?

Shopping is not the only activity that is more convenient after hours; so is going to the doctors. Most of us will pick an early or late appointment if possible to minimise disruption of the working day; however, a recent analysis by the BBC shows that over 5 million people are still unable to see a GP out of working hours. The consequences for commercial real estate of us all lining up our activities within the same 8-hour block is that property is largely unused for two thirds of the day.

The challenge to using the same space around the clock for different uses is that businesses have equipment and stock to store out-of-hours that would be incompatible with a shared user. However, as shops start to stock less products in store, business services are digitised and move into the cloud, and fixed desk settings become less popular, space becomes more flexible and might present new opportunities. Could for instance office meeting rooms be used as out-of-hour GP consultation rooms?

Snacks, cigarettes and holy water  The automation of retailing might be perceived as a relatively modern invention. The shift from cashiers to self swipe checkouts has happened very quickly, with the number of self-service tills almost doubling globally over the past 5 years. Amazon’s Go concept is the next evolution of this, dispensing with the till entirely in favour of a single RFID enabled check-out at the door. However, of course automated retailing is not new; we have been doing it since the 1880s in the form of vending machines (and technically since the first century AD when Heron of Alexandria developed a coin-operated holy water dispenser).

The challenge since then has been one of vision, with vending machines typically reserved for snacks and cigarettes.

However, a new breed of vending is much more ambitious. An example of this is a new machine at San Francisco International Airport, which dispenses Uniqlo vests and jackets. They clearly know their target audience of VC and coders. But herein is a benefit of small scale vending – the ability to hit niche or well-known customer segments with targeted offerings. If this works in airports, why wouldn’t it work in office campuses, where there is ample employee data to support stocking decisions, and where the vending machine footprint might be otherwise unused?

Everything must go  As a company that is in the business of finding new premises for occupiers and selling their buildings, a by-product of our service is the collection of miscellanea left over once the building is vacated. The deal to relocate the US Richard to ‘off-location’ Nine Elms, has been catalytic on the development that has followed, and has provided a robust and secure new home for the US Department of State. As to what’s left behind at Grosvenor Square, the US had a clearance sale. This included thousands of loo rolls, a circular saw, and a black Volvo S80. Quite why the loo rolls won’t be needed in the new home is not immediately clear, and there may be a question as to whether a tariff duty will now apply to the importation of the Volvo. However, if you were hoping to become the new owner of the large golden eagle on the roof, I’m sorry, that’s stays put as a condition of the planning consent.

Roman Roads  The pace of change is some areas of life is dizzying. However, we can perhaps take some reassurance from the glacial pace of change in others. One such area is our road network. A recent study by Danish researchers showed ‘a remarkable degree of persistence in road density over time and space’, dating back to the Roman era. They found that ‘ancient roads predict modern roads as well as prosperity’. Essentially our modern road network and the economies that have emerged around it was determined some 2,000 years ago.

When making the business case for infrastructure investment, long time horizons are typically adopted for payback. These take account of regeneration benefits that typically take a long time to crystallise, but are significant when they do, and secondly the lower cost of capital typically associated with public expenditure. However, in light of this evidence, even a 25-year horizon seems far too short to capture the possible millennia of resulting benefits.

Changing transport modes have been shown to break this causality. For instance, in post-Roman northern Africa, following a period of reversion to pedestrian non-wheeled transport, the infrastructure was not rebuilt around the former Roman system and cities shifted. Following this logic, new modes such as AVs, and potentially flying vehicles, could have significant redistributive effects on our cities and geographic wealth concentrations looking forwards.